Tips and resources to support your birth!

The Truth About Tearing

The Truth About Tearing

Vaginal tearing can be a very scary subject, but it’s always better to be informed about your body than remain in the dark about your options. There are preventative steps and recovery methods available, fortunately, tearing is almost never as bad as the imagination can convince.

The Truth About Your Vagina Tearing During Childbirth
Here’s the scoop on tears, snips, and recovery.

Giving birth can be so many things: magical, overwhelming, and terrifying, to name a few. But the prospect of tearing below the belt during a vaginal birth is a particularly worrisome aspect for many pregnant people. “It’s probably one of the first questions people ask about what to expect during labor and delivery,” Jamil Abdur-Rahman, M.D., board-certified ob/gyn and chairman of obstetrics and gynecology at Vista East Medical Center in Waukegan, Illinois, tells SELF.

Between 53 and 79 percent of vaginal deliveries result in some kind of tearing, according to the American Congress of Obstetricians and Gynecologists. But—deep breaths—it’s usually not the disastrous situation you might be envisioning.

Your body does a pretty stellar job of preparing your vagina for the massive undertaking of childbirth. “Pregnancy is a state of high estrogen, which makes tissue good, strong, and stretchy,” Mary Jane Minkin, M.D., a clinical professor of obstetrics and gynecology at Yale Medical School, tells SELF. “There’s also a hormone called relaxin that helps stretch tissue and move the pubic bone to let the kid out of there.” The protein elastin comes into play as well, priming your vagina to be extra pliable, Abdur-Rahman explains. But since your vagina can only accommodate so much, even when stretching to an impressive three times its usual size to pass a baby, tearing can still happen.

There are different degrees of tearing during childbirth, and most people only have to deal with the less serious ones.

Those would be first- and second-degree lacerations. “First-degree means the mucosal tissue that lines the vagina has been torn,” Abdur-Rahman says. “Sometimes the doctor doesn’t even have to place stitches, they just [apply] pressure to stop the bleeding.” Either way, this should only take a few weeks to heal.

Thanks to the pressure of the baby coming out, your labia minora can also rip. Although the degrees of tearing only refer to the vagina, perineum, and anus, Abdur-Rahman says these are basically first-degree tears. “[Labial tears] are easy to repair with stitches, but sometimes doctors don’t catch them,” he says. They’ll usually heal on their own. Sometimes the skin can remain split where it once joined together, leaving some people displeased with the appearance (which can be fixed with surgery later, if it bothers you).

Second-degree tears have that vaginal aspect, but there’s also some splitting at the perineum, or the area between the vagina and anus. That usually requires stitches, Abdur-Rahman says, and can also take a few weeks to heal.

Third- and fourth-degree tears often require surgical treatment, Abdur-Rahman explains. If they’re not caught on time or treated properly, they can lead to leaking gas or stool, or create fistulas (abnormal passages) between the rectum and vagina that necessitate surgery.

Doctors don’t do episiotomies (preemptively snipping the perineum) as much as they used to.

Obstetricians often used to rely on the procedure to protect against tearing during childbirth. “The thought was it helped to prevent lacerations and pelvic floor dysfunction after childbirth,” Abdur-Rahman says. But research started to show that episiotomies didn’t do much to ward off those issues, and in fact, natural tears may heal better than episiotomies do, Minkin explains.

Minkin says when she was first in practice in the late ‘70s and early ‘80s, episiotomies were the standard. But they’ve been declining sharply, especially since 2006, when ACOG advised against routine episiotomies. “Now, the official recommendation is to try to avoid them—if somebody tears a little bit, they tear a little bit,” Minkin says, while noting that there are certain exceptions.

One is if the infant is particularly big. This is known as fetal macrosomia, meaning the baby’s birth weight will be more than 8 pounds, 13 ounces. In those cases, doctors may need more room to perform special maneuvers to get the baby out safely, Abdur-Rahman explains. Even if the baby is a normal size, if one or both of its shoulders gets stuck, an episiotomy may still be in order, Minkin explains.

Doctors might also decide on one if they can tell that, for some other reason, you may be prone to severe tearing. “When somebody’s really going to tear the hell out of their bottom, an episiotomy is probably better,” Minkin says.

Now, here’s some reassurance about tearing during childbirth.

Most people who give birth vaginally don’t experience severe tearing. “First-degree tears are the most common, then it goes linearly,” Minkin says, explaining that fourth-degree tears are vastly less reported than the others. ACOG also notes that doctors may be able to use things like perineal massage or warm compresses to reduce the risk of severe tearing during childbirth, although it’s not a sure thing. As for at-home prevention, Minkin says there’s no evidence to back up methods like massaging the area on your own with lube or oil, although if you want to try it out, feel free (just be careful with getting oil in your vagina, depending on the type and your sensitivity level).

Even if you do find yourself with a third- or fourth-degree tear, as long as the doctors treat it appropriately, you should be fine. “If the repair is well-done, there shouldn’t be any long-term problems,” Minkin says. After that, if you have more children in the future, you’ll probably tear less. “The tissue is stretchier and tends to be more forgiving,” Minkin says, adding that this was true in her own experience.

Part of what makes all of this so scary is the thought of how painful it must be for anything in the vaginal neighborhood to rupture. (Minkin says some women ask for elective C-sections to avoid the possibility of tearing altogether. She doesn’t recommend it: It’s “a hell of a lot easier” to recover from natural tearing, or even an episiotomy, than from a C-section, she says.) The truth is, you probably won’t feel the actual tearing as it’s happening. “The same nerves that transmit the pain of laceration are the ones transmitting the pain and pressure of labor and delivery,” Abdur-Rahman says. “A lot of times, people don’t feel pain until afterwards.”

At that point, doctors have likely found the tears, so you’re already on the road to recovery (which will admittedly be tough, but doable). There are a few things you can do to make the process as comfortable as possible, like using a squeeze bottle to douse the area in warm water while peeing, applying ice packs, and taking stool softeners. 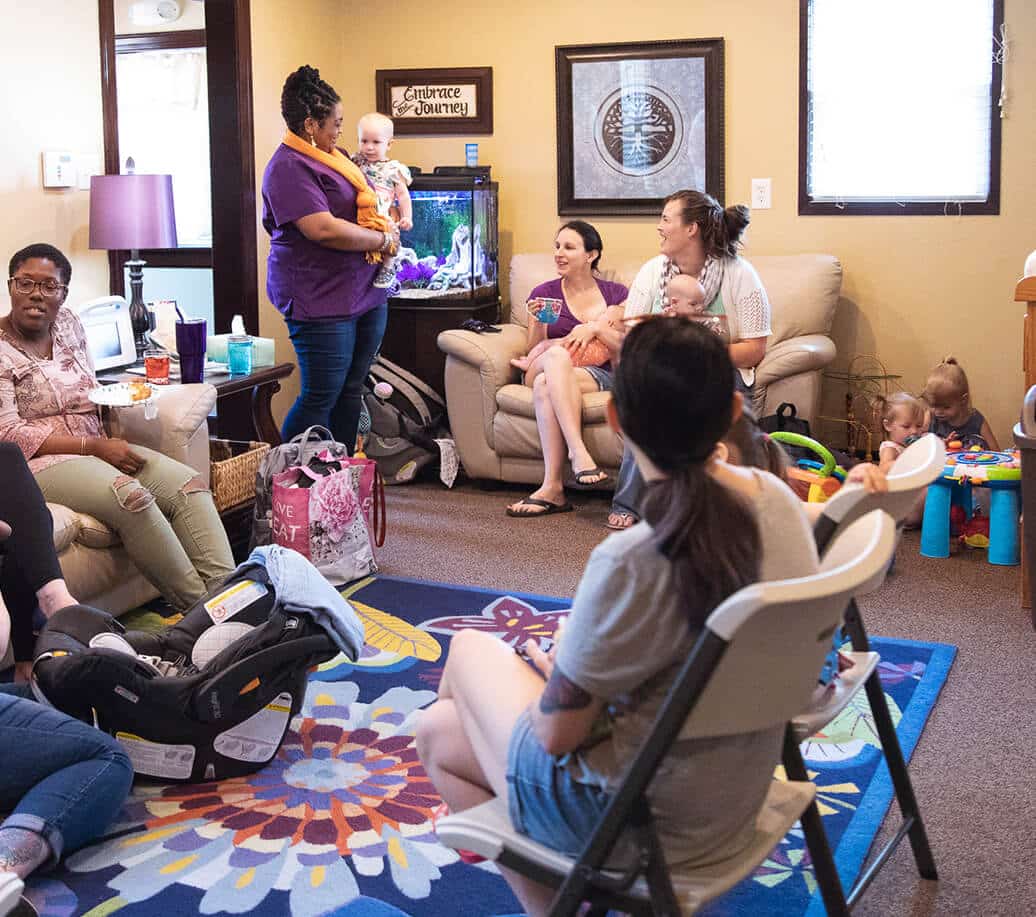 Tours are every Wednesday at 1pm and every Saturday at 10am.
We encourage you to RSVP your space! 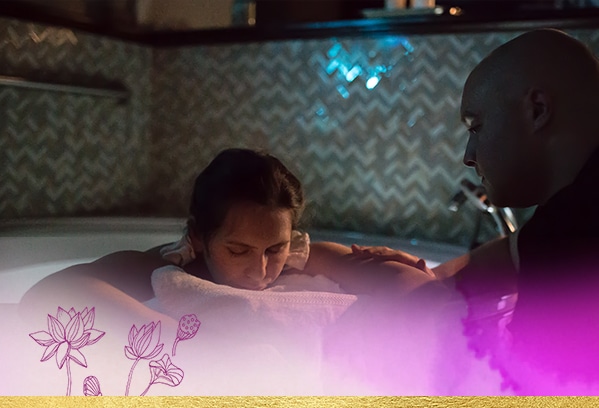 Did you know that in other parts of the world hemorrhoids are called piles? It seems appropriate,...

END_OF_DOCUMENT_TOKEN_TO_BE_REPLACED 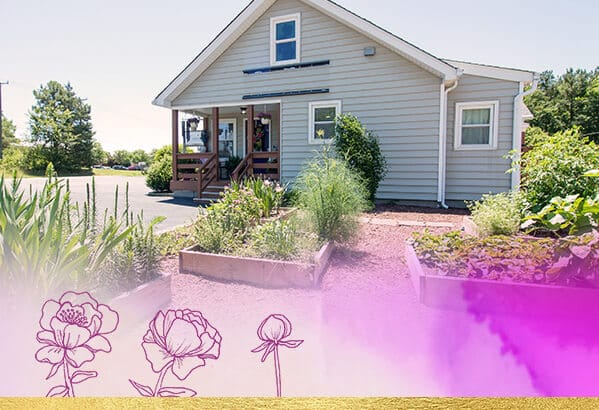 Naming a business is a lot like naming a child. You want something a bit unique, something...

END_OF_DOCUMENT_TOKEN_TO_BE_REPLACED 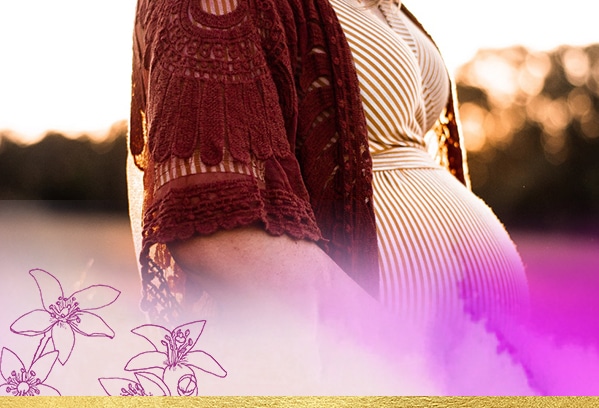 Remedies for Minor Discomforts of Pregnancy

You may have thought about how wonderful it would be to be pregnant…how your skin would glow and...